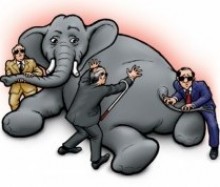 If You’re Not Angry and Fearful About Trump…..I Have No Time For You! 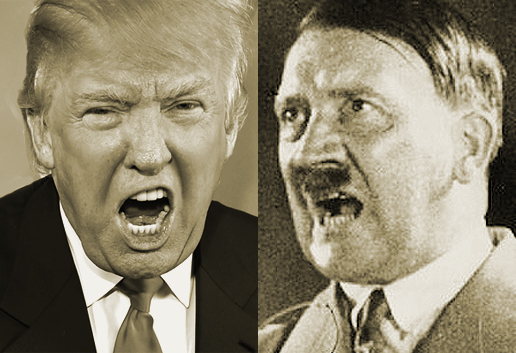 Just to be clear at the outset of this polemic, I am enraged that this malignant buffoon became our President and I fear for the futures of my progeny.  In my 70’s, having almost died 7 years ago, prior to my heart transplant,  the miracle of my survival has let me know my life is now on borrowed time.  The lives of my children and my grandchildren though, have yet to be run and it is their futures, not my own, that most concerns me.  The forces of evil abroad in our land are personified by this angry, ignorant narcissist and our situation closely parallels the rise of NAZIism in 1930’s Germany led by another angry, ignorant narcissist

The United States in the 21st Century, is a country far different than the Germany that gave rise to Hitler in the 1920’s and 1930’s, but some key, underlying factors are starkly similar.  In Germany the hatred of Jews, Gypsies, homosexuals and Leftists was fueled by the  narrative that these groups were responsible for Germany losing World War One.  In America, we see  similar hatred against people of color, the LGBT community and Liberals, reflected in a similar minority of angry voters.

Both Hitler and Trump achieved power when the vagaries of an electoral system allowed that minority of voters to put them in office. Both of these demagogues  campaigns and executive actions had/have a strong propaganda operation based upon the constant repetition of blatant “Big Lies”, which their fanatically gullible followers believe(d).  In both cases these propaganda operations were skilled in manipulating the corporate mass media into unwittingly assisting their cause. But while the horrors of Hitler are in the past, the horrors of Trump dominate our present and I have little sympathy for those too blind to fully recognize the danger to us all.

The ability of citizens to defend themselves against demagoguery is directly proportional to the information they receive and to the tenor of political discussion that they have access to. While we in America pride ourselves on our Constitutional guarantee of a “Free Press“,  the truth is that for most part American journalism has been owned by and accountable to, its’ wealthy ownership.  That ownership has always represented a powerful portion of the American establishment and their journalism has represented their viewpoints.  The classic example of this has been mainstream Journalism’s assumption that Bi-Partisanship is the desired state of American political affairs.

Repeating themselves time and again throughout 2016 and now 2017,  are news media pundits longing for the olden days of “bi-partisanship”. This is happening as we have a mentally disturbed, intellectually unfit President in charge of our nation and a Republican controlled Congress lusting over how high a tax break they can provide for the oligarchs who own them. In the context of America today the idea of bi-partisanship is nonsensical and irrelevant. It derives from notions of our Founding Fathers as:

“James Madison argued in The Federalist Papers that a danger to democracies were factions, which he defined as a group that pushed its interests to the detriment of the national interest”.

How this group of men, so prescient in so many areas, failed to understand that humans have always disagreed over political self-interests and that in fact consensus in politics usually leads to the worst occurrences, is beyond me.  In my lifetime, bi-partisanship and the consensus derived from, it led to the Cold War, the Vietnam War, the two Iraq Wars and the Afghanistan War, all of which were dreadful mistakes, costing untold harm to millions. Then too, 100 years of institutionalized segregation was the result of bi-partisan agreement. I could go on and on with examples of why bi-partisanship is nonsensical, but my point is beyond that.  Madison hated factions because to him a faction was a group “that pushed its interests to the detriment of the national interest“.

Today’s Republican Party, operates as a wholly owned subsidiary of the Koch Brothers, ALEC and the American Oligarchy.  While the Democratic Party has similar issues of control by Oligarch’s money, it at least attempts to forward an agenda beneficial to 99%, rather than 1% of the people.  The Trump Administration, besides the obvious incompetence of this malignant monster, has put in place an Administration and Cabinet that is blatantly pushing an oligarchic agenda.  The Republican controlled Congress is pushing an agenda crafted to the interests of  the oligarch’s money that controls it, to the definite detriment of our nation. However, that IS NOT the worst part of the danger we face.

The greatest danger we are facing in America is that our thuggish Commander in Chief is a bigoted demagogue in the mold of an Adolph Hitler,  with no respect for our Constitution or our democratic ideals.  If Trump is allowed to continue he will entrench Fascism as the American political system and no doubt institute purges of the American people who protest. Now is the perfect time for a Partisan approach approach of RESISTANCE to and REMOVAL of  Trump, Pence and this whole gang of political miscreants.  Through Impeachment, Indictment and Criminal Proceedings this crew of conspirators must be removed from power, before they can destroy what is good and great about our nation.  So yes I am angry and fearful.  If you are unaware of the danger we are facing, then I really do have no time for you and your indifference to the dangers we all face.

3 thoughts on “If You’re Not Angry and Fearful About Trump…..I Have No Time For You!”